I have a Synology NAS 216play with two drives (2TB, 4TB) as individual drives.
I recently wanted to replace my 4TB HDD by a 8TB HDD. I wanted to keep my data in order to omit re-indexing all media. To my surprise I really couldn't find any decent tutorials or videos on how to do it excep for "back up the data, setup the NAS from scratch and restore it".

Well, I found a more elegant solution.
Notice: This tutorial only works if you have your volume setup as "Basic".

It's not as easy as it sounds as we need to tell Synology that this drive is no longer part of the RAID. If you just remove it, it will complain that the drive is missing.

Login via SSH as admin 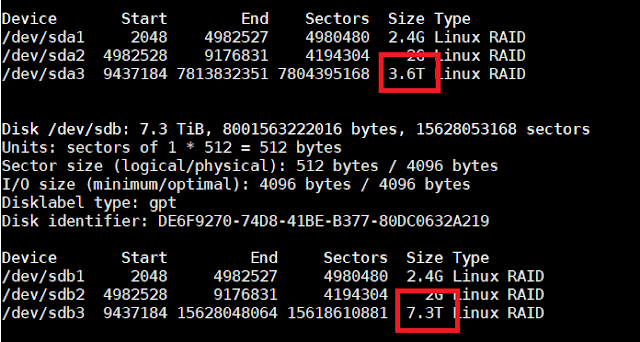 or these if /dev/sdb is the smaller drive

Three times because it needs to be done for every partion on the drive. There are two system partitions and one data partition. Now the disk station will start an alarm beep because it's missing the drive. Continue to tell synology that only one drive is expected:

You can now shutdown and remove the smaller drive. It should boot up perfectly fine on the new drive.

This will grow the volume to take all available disk space. It only takes a couple of minutes.

Shutdown the disk station and put the other drive back in.
Done!